How survivorship bias is abused by tip-selling websites
01 October, 2019

Read in other languages:

Many websites are set up with the purpose of selling betting tips, and the tipsters employed are usually shown to have impressive tipping histories. This tempts punters into paying good money for such tips, but can tipsters be trusted? Unfortunately, the web is full of examples of obvious cheating and fraudulent behavior by some sites.

Rather than focusing on such instances, this article will show how easy it is to be tricked into buying something of no value. Even if the tip-providing website does not cheat in any other way, their abuse of the survivorship bias gives an inaccurate reflection of a tipster’s record.

Survivorship bias is the cognitive error made when people focus solely on the survivors in a sample, with the others overlooked due to their lack of visibility. This tends to make people overestimate the chances of success because the failures are ignored.

A practice employed by some tip-selling websites is to invite budding tipsters to a live trial where they can build tipping histories. These tipsters would be required to build a record consisting of a minimum number of recommendations (say, 100) and having a minimum yield (say, 15%) before they would be accepted as experts.

Now, let us assume for a minute that 500 prospective tipsters accept the invitation and start building tipping histories. None of these prospects are in possession of any predictive abilities enabling them to beat the market. They may not even be aware of this fact themselves. Overestimating one’s ability is a very human trait, one which has been labelled overconfidence bias.

As the tipsters are not in possession of the required skill set to find tips with a positive value expectation, and as the betting companies employ a margin when compiling their odds, each and every single one of these tipsters is bound to be a long-term loser. As such, they will provide long-term losses for anyone unfortunate enough to follow their tips.

Making a simulation of these 500 tipsters, the reality is that sheer luck/variance will create multiple impressive looking tipsters.

To simplify matters, all tips in our simulation will bet at decimal odds of 1.98 and will have a 50% chance of winning. This is a somewhat realistic scenario, as the tipsters should be able to achieve a payback percentage in the vicinity of 99% if they are using an odds comparison site.

Simulating the above scenario, approximately one in 20 of the prospects will be lucky enough to meet the criteria of 15% yield and become expert tipsters selling their recommendations. This means that as the starting population of tipsters was 500, some 20-30 tipsters completely bereft of any tipping ability would be in a position to start selling tips.

Making a simulation of these 500 tipsters, the reality is that sheer luck/variance will create multiple impressive looking tipsters.

We have already run a simulation which is visible below, if you push the “simulate” button, you can re-run the simulation. Just below the simulate button you can see how many of the tipsters met the criteria of 15% yield. This is followed by the total losses following all the 500 tipsters would have generated. Underneath this, the graphs of the six most successful tipsters in the sample is displayed, in a similar way as they could have been on a tip selling website. Finally the graphs of the tipping histories of all the 500 tipsters can be seen. The graphs of the six tipsters with the highest yield are represented with red lines.

The above clearly illustrates that it is not difficult for tip-selling websites to use nothing other than survivorship bias, thereby artificially manufacturing impressive tipster records to draw in punters. Even if the tipster has done nothing dishonest, he/she may not have the predictive abilities they seem to.

What if the tipster had not submitted 100 tips, but 500? Surely with this large sample size, a successful tipster has proven themselves to be reliable. Let us run the simulation again to see. To simplify matters, we will assume that all the 500 tipsters have stayed the course and delivered 500 tips.

After 500 tips, the most likely scenario is that none of the tipsters are delivering the required 15% yield. Even so, you are likely to rest your eyes on some attractive looking tipping records when we display the six delivering the best yields.

It is, however, important to note that as the odds increase, so does the variance/luck factor. Some tipsters tip substantially higher average odds than 1.98. How would it look if we run the simulation (500 tips) again, but this time we change the average odds to 4.85 and the tipster’s payback percentage to 97%? That is tipping odds 4.85, with a 20% chance of winning. The reason for the change to 97% is that the favourite-longshot bias makes it unlikely to achieve a 99% pay back percentage with no predictive abilities, only using an odds comparison and taking market leading odds.

The graphs of the six best performers you are looking at now will likely meet the criteria of 15% profit. This shows how easy it is to be fooled by the survivorship bias. These tipsters do not possess any predictive abilities. They are on average losing 3 cents for every Euro they are betting, but because of dumb luck/variance, some of them have produced breathtaking results.

Five-hundred tips is not such a small sample, but as you can see above, it is woefully inadequate for sorting out which tipsters are able to identify good value propositions. If you had known that these six tipsters were the entire sample, you would be in a good position to assume that they were excellent tipsters. But as the starting sample is 500, not simply six, your conclusions should be very different.

For most tipsters it takes a long time to rack up 500 tips. As an example, if a tipster is making three tips per week, it will take him more than three full years to reach 500. The sad truth is that if the starting sample is large and the average odds of the tipsters are high, it can take years and years before you will be in a decent position to evaluate the tipster’s true capability.

It is of paramount importance to know the sample size of starting tipsters when evaluating tipster histories. However, in most cases this vital piece of information will not be available to you. If you do not know the sample size of starting tipsters, you need a tipping history of epic proportions before you will be able to draw firm conclusions about the abilities of the tipster. In our opinion you will need to know either the sample size of tipsters, or to be in a position to know more about the working processes and knowhow of the tipster, before you should even consider parting with your hard-earned cash in order to obtain betting tips.

Here we see that approximately 90 tipsters are meeting the criteria of 15% yield after 100 tips. Furthermore, the tipping histories with the best yields look superb. Unless you realise that you are only looking at the best performers – the top survivors in the sample – the gut reaction would be to buy the tips immediately.

It is easy to be tricked by survivorship bias. Of the 500 prospective tipsters, the highest performers would have their records displayed and punters would snap up their tips. The other tipping records would be conveniently forgotten and not on display.

As the name implies, the survivorship bias is caused by a narrow focus on only the survivors. The records of the majority of the prospective tipsters would not be visible, so it is only natural that they would be overlooked by customers. So what steps can be taken to ensure that the tipsters you follow are actually capable of delivering tips with a positive expected value?

Regarding the sample size of the tipping record, it takes a very long time to build a large enough record where variance has been mostly removed.  Most people underestimate the number of tips required to make a qualified judgment about the expertise of a tipster. It is also important to remember that variance increases with higher odds and decreases with shorter odds.

Another important thing to consider if you are contemplating paying for tips, is what prices are you actually likely to obtain for the tips you are paying for? If the tipster is launching tips for betting companies not in the habit of welcoming winning punters, or is providing tips for a sport where it does not take much liquidity to move the odds, the odds you will find available to you are in all likelihood far inferior to what is advised by the tipster. Naturally this will lead to your yield also being far inferior to the tipster’s.

To analyse a tipster’s history, you should calculate the p-value and assess whether or not he/she is beating the closing odds of the bookmakers. It is, however, important to note that the p-value is only useful if you know the sample size.

Finally we have arranged the possibility to run any similar tipster simulation you would like. Below you need to input information about number of starting tipsters, number of tips they will make, odds for their tips and the probability that the tips will win.

At Gods of Odds we will never ever delete any hired tipster records; we will measure the performance of our tipsters against Pinnacle’s closing odds; and we will display a p-value to show the extent to which a tipster’s history has been influenced by luck. 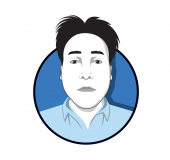 For a club like Leicester City to have a talent like Belgian international Youri Tielemans, it is a clear coup. The Midlands club might have won a lea...
Read more
Welcome to Gods of Odds!
We use cookies to provide you with the most relevant experience, improve our services, obtain statistics and display navigation-based advertising. By continuing to navigate you consent to the use of cookies. You may delete and block all cookies from this site, but this can cause parts of the site not to work.
Allow