What next for Lionel Messi - and which club would suit him best?
26 August, 2020

No one who has followed the recent fortunes of Barcelona could really have been surprised by their Champions League quarter-final thrashing at the hands of Bayern Munich. And few of those can have genuinely been shocked by its most dramatic consequence – the news that Lionel Messi wants away.

Barcelona have been drifting, aimlessly and disastrously, for some time – and Messi was keenly and sadly aware of it. There has been no coherent sporting project. Money has been spent – badly. Well-run clubs replace key players a year or two before it becomes necessary. Barcelona spent money around the edges of the team. But the spine – Gerard Pique, Sergio Busquets, Luis Suarez – aged together.

Messi was ageing with them. So complete are his gifts that he can continue to shine past his physical peak. But he cannot carry everything. As Messi pointed out recently, lesser teams in La Liga can now perform with much more sustained intensity than the current Barcelona side. Barca can no longer press the opposition with anything like the efficiency of old – and they have become extremely vulnerable to the press of the opposition.

Bayern’s fifth goal in that astonishing 8-2 drubbing – the goal that finished the game as a contest – came when the Germans’ left-back reached the byline and pulled across for the right-back to finish inside the six-yard box. Bayern could attack with such apparent recklessness because Barcelona had no speed up front – making it easy for the Germans to squeeze Messi’s space.

This decline did not happen overnight – heavy Champions League defeats have become a dismal annual ritual. Putting it right will need swift action, a cool head, careful financial engineering – and time. And at the age of 33, the latter is not a commodity that Messi has in abundance.

After the last World Cup there was speculation that Messi might retire from international football. He responded by doing the opposite – committing himself to the Argentina cause with even more dedication than before.

Throughout his Argentina career – which began almost exactly 15 years ago – there had been complaints about his aloof nature. He spoke little, and mostly to his old friend Sergio Aguero. Over the last 18 months his behaviour has been very different. Messi has clearly made a conscious effort to turn himself into a team leader.

During last year’s Copa America, on the field, in the hotel and around the training ground, Argentine journalists were struck by the way that Messi had become a vocal, encouraging figure. After the matches he defended the team at length – and talked so much that he even picked up a suspension for making unwise comments about the tournament being corrupt.

Argentina sent an aged squad to Russia 2018. As they rebuild, Messi has been content to play the role of wise old owl. But while he cannot change his country, he can change his club.

Messi would seem to have a maximum of three seasons left at the highest level. It is entirely understandable that he does not want to play the wise old owl role for Barcelona, for two reasons. First, he appears to have lost some respect for those running the club. Secondly, he has options.

One, of course, is to fulfil a childhood dream by going back home to play for Newell’s Old Boys, in the Argentine city of Rosario. But that would seem premature. Messi has seen enough of South American football in World Cup qualifiers to be aware that the idea of going home might be more attractive than the reality of poor pitches, rough tackles, disorganization and a far lower standard of play than the one he has become used to. Far more probable, then, is that he joins a European club sufficiently big and ambitious to aim at winning the Champions League.

That limits the choice. But it leaves some tantalizing prospects. The obvious one is a reunion with Pep Guardiola at Manchester City. Just as exciting, though, would be a move to Manchester United, where the combination of Messi’s talent and the team’s attacking pace looks very enticing.

Inter have long set their sights on landing Lionel Messi, and appear to be moving in the right direction under Antonio Conte. And money would be no object for Paris Saint-Germain, where a Messi-Neymar reunion might be in the best interests of both players.

For the moment, though, dreams are free. Players can imagine themselves lining up with Messi. Coaches can plan out the wonderful problem of how to fit him into their starting line-up. And club administrators can get out their spreadsheets, work out a way to afford the wages of one of the greatest players in the history of the game and then hope to whet his appetite with a fresh challenge. 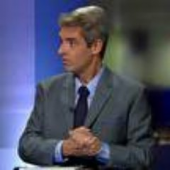 Tim Vickery is a South American football expert who has been based in Brazil for more than 25 years. He is well known for his work with ESPN, the BBC and World Soccer.

This is the match to put your high stakes in this episode. The home team Hapoel Nof Hagalil finished first in the second division Pre-Season tournament with four wins from four matches with 11-0 goals difference.

They won 3-0 in the finals last week. The home have a crazy squad and the really believe they can win the league and play next year in the Israeli Premier league. The away team Beitar Tel Aviv has a brand new squad, young squad.

Go back to the 1990s, and Zvonimir Boban was one of the best midfielders in Europe. The Croatian played a major role in helping AC Milan become the gl...
Read more
Welcome to Gods of Odds!
We use cookies to provide you with the most relevant experience, improve our services, obtain statistics and display navigation-based advertising. By continuing to navigate you consent to the use of cookies. You may delete and block all cookies from this site, but this can cause parts of the site not to work.
Allow