The squad he inherited had seen better days and it took the genius of Ferguson to win the league so convincingly with them in his last season. That said, there was still plenty of talent in that team which any half-decent manager should have led to a top-four finish.

Moyes should have been helped more in the transfer window but Ed Woodward made a calamitous start to life at the club too. Marouane Fellaini was United’s only summer signing and by the time Juan Mata joined in January, it was too late to save the season.

Still, the Belgian midfielder had been Everton’s top scorer the season before, yet his former club were 12 points ahead of United on the day Moyes was sacked, following a 2-0 defeat at Goodison Park.

“It was a disappointing day for me as Manchester United manager,” Moyes later reflected. “Going back to your old team and losing. My memories of the game are we made two really poor mistakes for the goals and Everton did what they had to do but, although other people will disagree, I thought we played quite well.”

This sort of statement is typical of Moyes in the aftermath of his disastrous stint at United. His denial over what a poor job he did and delusion that he deserved better is totally baffling. For what it’s worth, Everton had 17 shots that day, compared to United’s nine, with just two on target. The visitors did not, by any stretch of the imagination, play well.

After leaving United, Moyes had a dreadful time at Real Sociedad, before resigning at Sunderland after leading them to relegation, but this didn’t give him any greater perspective on his own limitations.

“You have to win trophies at Manchester United and Jose got a trophy under his belt quickly, which was good,” he said. “I lost to Sunderland on penalties in the semi-final of the cup, if you remember, so it can be small margins at times which influence how things go.”

Sunderland avoided relegation by five points the season Moyes oversaw United’s loss to them in the League Cup semi-final. Upon reflection, it was a blessing, as a battering at the hands of Manchester City in the first final ever between the two clubs would surely have awaited the Reds.

Yet despite his dreadful stint at the club, where he shocked everyone by replacing United’s proven backroom staff with coaches from Everton and Bolton who’d won nothing between them, Moyes remained stubborn and claimed he would do everything the same.

“I wouldn’t have done anything different,” he said. “I would have only done it different if I’d known it was 10 months instead of six years. My understanding was that I was going to a club which always looked after their managers, even when they were in trouble and it wasn’t going well, you got your time to sort things out. I was under that illusion when I was there.”

The belief that he was going to get six years after dragging the champions to seventh in the league is incredible. United would have been in the bottom half of the table had he been allowed to continue for much longer.

While Ole Gunnar Solskjaer’s time hasn’t been plain sailing, he has shown several signs of encouragement over the past 18 months. If United finish this season in the top four and win the Europa League, the manager will be pleased with the progress he has overseen.

United have beaten City and Chelsea three times each this season alone, something Moyes could only dream of when he was at Old Trafford. United lost home and away to rivals City and Liverpool, and drew and lost to Chelsea.

“I think the difference between Ole and me is Ole has been given time,” Moyes claimed this week, further illustrating his inability to accurately contemplate what happened six years ago.

United are playing good football, winning far more big games than they lose, while star players like Marcus Rashford, Anthony Martial and Mason Greenwood are going from strength to strength with Solskjaer’s coaching. With Moyes in charge, every single player regressed.

That said, with a win over Chelsea since the restart, West Ham are capable of causing trouble on Wednesday. United need to play much better than they did in the FA Cup semi-final if they are to go into the last game confident of booking their place in next season’s Champions League.

United fans can only hope they’re hearing more delusional statements from their former manager at full-time, after getting the win they desperately crave. 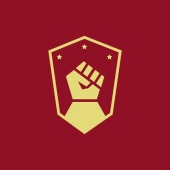 Scott Patterson started The Republik of Mancunia blog in 2006 and continues to run the site today. He is a freelance writer for publications such as ESPN and FourFourTwo, and is based in Manchester, England.

As one of the first games in the Premier League season to be delayed due to the COVID-19 situation, Fulham playing Tottenham Hotspur was a landmark mo...
Read more
Welcome to Gods of Odds!
We use cookies to provide you with the most relevant experience, improve our services, obtain statistics and display navigation-based advertising. By continuing to navigate you consent to the use of cookies. You may delete and block all cookies from this site, but this can cause parts of the site not to work.
Allow