Why the underlying numbers are on Manchester United's side
10 February, 2020

There is a definite narrative building that surrounds the future of Ole Gunnar Solskjaer at Manchester United. At the time of writing United sit seventh in the Premier League table. They are six points adrift of Chelsea, who currently hold the fourth and final Champions League space, and 38 points behind league leaders Liverpool. For most clubs, a place in the top eight of the Premier League would represent a good season. For a club with the history and financial backing of Manchester United, however, anything other than a top-four finish will not be acceptable. To what extent is their lack of league form the fault of the manager, and how much of it can be attributed to a combination of injuries and simple bad luck?

The question of luck is difficult to properly quantify in football. The common supposition is that over the course of the season, good luck and bad luck will even each other out. However, we know this is not strictly true. In order to measure performance effectively and to take away the shadow of fortune, we have to use more advanced statistics. This helps us accurately judge how well a team is performing in any given match. These advanced metrics are relatively well known and widely used in football today; expected goals (xG), expected goals against (xGA) and expected points (xP) have all become embedded in the mainstream football media. In order to understand how and why Manchester United are underperforming expectations, we need to examine the metrics behind their performances so far this season.

At the time of writing, United have scored 36 goals. This is the sixth most in the Premier League but when we compare this to their xG of 39.14, we can see that they are underperforming in this category by 3.14 goals. While this may not seem like a great deal at first glance, these goals could well have made the difference in tight matches and turned one point into three or zero points into one. Interestingly, in terms of xG United are fifth in the league behind Manchester City, Liverpool, Chelsea and Leicester City.

So in the attacking phase of play, United are underperforming in terms of what we would expect. How about in the defensive phase? Well, the picture is similar. So far this season United have conceded 29 goals, which gives them the fourth best defensive record in the league. Once again, though, they should be performing better than this: their xGA stands at 27.25. This represents as underperformance of just 1.75 goals, but once again these goals may well prove to be important over the course of a campaign.

Given that United are underperforming at both ends of the field, it follows that they have collected fewer points than their performances deserve. So far in 2019/20, United have 35 points from 25 matches. This is enough for them to be in joint-seventh place with Wolves. Their xP, however, is 42.2, a full 7.2 points more than they have actually achieved.

Indeed, in terms of xP United occupy what would be a Champions League qualification spot behind Manchester City, Liverpool and Chelsea. If United were actually sitting fourth in the Premier League table, would Solskjaer be under the kind of pressure he is currently experiencing? Probably not.

It is one thing to identify that United are underperforming, but we have to look beyond that and consider why. Let’s start with their underperformance in terms of xGA. The Spain international goalkeeper David de Gea has, over the course of his career, been one of the best goalkeepers in Europe. This season, however, De Gea’s form has dipped. He has made several costly mistakes, most notably in the 2-0 defeat by Watford in December. So far this term De Gea has conceded 29 goals, but his expected goals conceded is 26.41. That represents a not-insignificant underperformance of 2.59. It is not only De Gea who has been prone to mistakes, though: the likes of Harry Maguire and Victor Lindelof have struggled in the centre of defence at the times.

So, all things considered, should the fans of Manchester United be questioning the position of Solskjaer as coach? In our opinion, they should not be. The underperformance of the players, combined with injuries to key squad members in key positions, is more of a concern.

The midfield has not been performing much better. A series of injuries has robbed United of Paul Pogba for the majority of the season, while the likes of Fred and Scott McTominay have proven to be functional, if less creative, replacements. The Spain international Juan Mata is still technically a superb footballer, but his capacity to play at the top level has diminished considerably as age has started to take its toll. The less said of Jesse Lingard, who has not scored or assisted a goal all season, the better.

It is not all negative as far as attacking performance is concerned. Marcus Rashford has enjoyed a superb campaign, while Daniel James and Anthony Martial have had plenty of positive moments too. The start of the season saw Solskjaer tell the media that he planned to play Martial centrally with Rashford deployed in the half-space to the left. The United boss felt that this structure would bring the best out of the two forwards. Unfortunately, injuries have plagued both players this season and Solskjaer has struggled to field both players at once with any consistency.

So, all things considered, should the fans of Manchester United be questioning the position of Solskjaer as coach? In our opinion, they should not be. The underperformance of the players, combined with injuries to key squad members in key positions, is more of a concern. This can be traced back to questionable recruitment and squad building, with several players having been sold without an adequate replacement being sourced. United may be underperforming in defence and attack, but this could easily be adjusted with a summer of astute recruitment.

There is, of course, still a chance that United’s output begins to match their underlying numbers before the end of the campaign. Indeed, if Solskjaer’s side maintain their current level of performance, they may yet overhaul Chelsea in the race for fourth – Betfred offer odds of 8/1 of that happening come May. 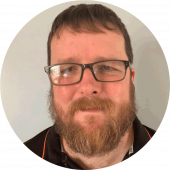 Lee Scott is a football scout, author and tactical writer. He is currently the lead analyst at Total Football Analysis and the author of Mastering the Premier Leauge, a book breaking down the tactical concepts of Pep Guardiola at Manchester City.

Are the Packers ready to take the final step?

In Matt Le Fleur’s first year as head coach, the Packers went 13-3 during the regular season and advanced to the NFC title game, before going do...
Read more
Welcome to Gods of Odds!
We use cookies to provide you with the most relevant experience, improve our services, obtain statistics and display navigation-based advertising. By continuing to navigate you consent to the use of cookies. You may delete and block all cookies from this site, but this can cause parts of the site not to work.
Allow